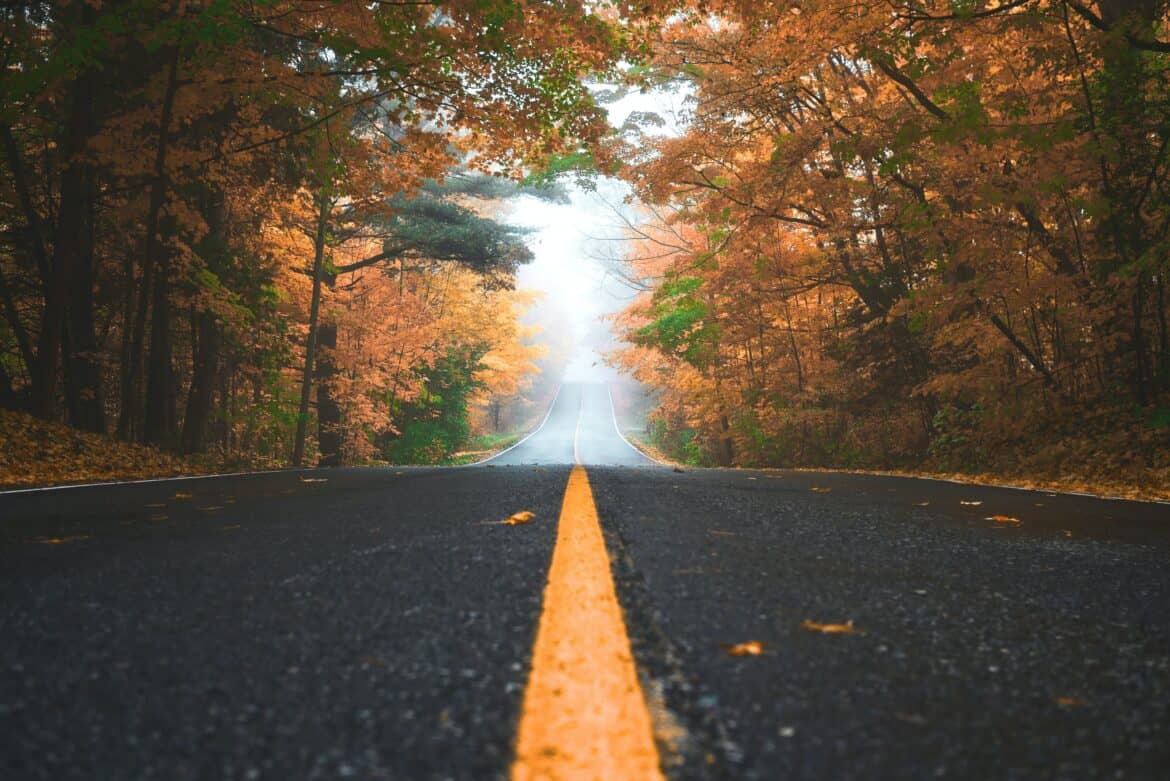 Driving cross-country can be exciting, and November is a popular month to make the journey. Most people want to see the beautiful fall colors in different parts of the country and travel to see their loved ones for Thanksgiving. But how safe is this cross-country adventure?

Driving cross-country in November is relatively risky. Driving in November is safer than in the summer. However, it can be dangerous due to winter road conditions, early sunsets, animals on the road, and many people traveling for the holidays.

In this article, I’ll discuss the risks you should consider before driving cross-country in November. I’ll also offer some tips to make the journey safer and compare November to the other months of the year regarding driving safety. Let’s get started!

A cross-country road trip can be an extraordinary adventure, especially if you’re driving to visit loved ones for the holidays. However, before you hit the road, you should know some risks associated with this trip. Let’s explore these risks below:

November Has One of the Deadliest Traffic Days

The National Security Council estimated that Thanksgiving was the deadliest holiday on the roads in 2021. If you’re driving on Thanksgiving day, you’re sharing the road with tens of thousands of others driving to or from family, and you’ll be traveling in potentially icy and snowy conditions.

The weather is a big factor in traffic and road safety. In many places in the United States, the winter weather conditions in November make driving more difficult and dangerous. You’ll face slippery roads because of ice and snow and impaired vision due to blizzards. You’ll also risk having mechanical issues with your car if the temperature drops extremely low.

In some destinations, the sun sets earlier in the fall and winter, before 5:00 p.m., so you’ll spend more time driving at night unless you wake up early every day. Driving at night, especially during Thanksgiving, is not recommended as there will be countless drowsy and possibly drunk drivers trying to get to their destinations quickly.

You’re More Likely To Hit an Animal, Especially a Deer

Deer mating season takes place in November, so the creatures are out and about. You’re 3.5 times more likely to hit a deer in November than any other time of the year. Collisions with animals are more likely to occur in certain areas of the United States than in others, namely West Virginia, Montana, and Pennsylvania.

I’m not discussing these risks to deter you from driving cross country in November. However, it’s important to be prepared. It is possible to safely embark on this kind of trip, especially if you implement the tips below:

Going over the speed limit can be tempting, especially when driving cross-country. However, speed is one of the most common causes of severe injury or death on the road. It is far better to stick to the speed limit and get to your destination later than to speed and risk your safety, especially when facing winter road conditions and darkness in November.

There are always tens of thousands of Americans on the road on Thanksgiving day, driving to see family. If you can avoid sharing the road with them, you also avoid the risks associated with driving on busy roads and highways.

Travel With Everything You May Need in an Emergency

Preparing for the worst and hoping for the best is always best. I recommend keeping some essentials in your car, including a heavy blanket, a flashlight, batteries, jumper cables, a tool kit, extra food, water purification tablets, and a first aid kit.

Which Month Is Safest for Driving Cross Country?

Accidents can happen whenever you sit in a car. While this can be scary, it shouldn’t be a deterrent for travel but rather a reminder to stay alert and prepared while on the road.

In 2020, 3,168 fatal car crashes occurred in November, according to the National Highway Traffic Safety Administration. In November, there were 465,577 crashes in total, including those that only resulted in property damage and non-fatal injury.

Taking only the frequency of fatal car crashes into consideration, April is the safest month to drive, August and October are the most dangerous, and November is the 6th most fatal.

Statistics are somewhat similar for overall crashes, including non-fatal ones. Let’s take a look:

If you’re looking at all the crashes, April is again the safest month to drive, January and October are the most dangerous, and November is the 4th most dangerous.

Ultimately, the sunny and generally favorable spring weather conditions make the spring months (April and May) safer to drive in than the winter months (October and January, specifically). Summer can also be a dangerous time to drive because there are usually more people out and driving long distances. Additionally, more younger people drive during the summer, occasionally after parties and alcohol.

November generally falls somewhere close to the middle, although it is typically more dangerous than not. The risks come from the unfavorable weather conditions in November and the increased number of people on the road because of the holidays.

November is statistically not the most dangerous month for driving cross country; that superlative goes to October or August. However, there are serious risks associated with driving in November, including dangerous winter weather conditions, earlier sunsets, increased animal activity on the roads, and more people on the road because of Thanksgiving.

Can You Go on a Long Road Trip With Winter Tires?

Are Hotels Busy on Thanksgiving? What You Need To Know